the Republic of Vanuatu is an island country located in the South Pacific Ocean with a little more than 300,000 inhabitants. The Vanuatu Financial Services Commission (VFSC) is an offshore regulator established in December 1993.

Vanuatu is a center for many investment & broker scams. Many of them register with the VFSC to be considered a “regulated financial company.” However, the VFSC license is not recognized in the EU or other major regulatory regimes.

The VFSC is not really a regulator as understood by North American or European regulators. Licenses for financial services are relatively easy to obtain. Some investment firms and brokers combine VFSC licenses with EU (very often with CySEC) licenses to acquire offshore clients. 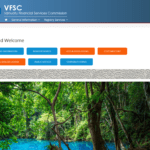